If I’m talking selfishly then I quite enjoyed living in the big smoke. It was a whole new experience for me and it was good to sample life in London. It’s such an incredible city and I got to see and visit many places I would never have been to if I hadn’t of lived there.

However, as a family man, it just didn’t work. I missed my girlfriend and children, and they missed me. I only really got to see them for two days every week. It was way too far to travel every day.

In a normal footballing week, the players would get Wednesday and Sunday off. This meant traveling back up north to Leicestershire to be at home. I racked up a fair few miles in the car that year.

I’d drive home straight after matches on a Saturday and after training on a Tuesday. This leg of the journey was easy as I looked forward to seeing them. It was the drive back down on Sundays and Wednesdays that killed me.

Putting the children to bed was tough. They were crying their eyes out every time I left. They didn’t want me to leave. They didn’t understand what was happening and Jenson thought me and his Mum had split up. He thought we weren’t living together anymore.

Graye, who was three at the time, did get very upset but it didn’t effect him as much as it did Jenson.

They were heartbroken, and it was horrendous putting them to bed so upset. They just wanted me to stay at home. I hated seeing them so emotional and down.

Those few hours after the boys went to sleep were the only time me and my girlfriend got on our own. We had no other chance to speak properly face-to-face or just sit on the sofa and watch tv together.

It got to the stage where I was leaving the house around 11.30pm. I didn’t want to drive back, but I knew I had to at some stage. It wasn’t a nice drive at that time of a night.

It wasn’t just my boys who were struggling, my girlfriend Jade was too. She is an incredible Mum to my boys and I don’t know how she coped that year.

We had no family living close by, so she was on her own with no help. She had nobody to rely on, and so her days were made up of solely looking after the boys. Add to the fact that Jenson needs extra care due to his diabetes. Jade would regularly have to get up in the middle of the night to check Jenson’s blood sugar levels. Normally we share the checks but with me not been there, it meant Jade had to do it every night.

The boys would often cry to her and ask questions about where I was. It was mentally draining for the three of them. I tried to help as much as possible but there’s only so much you can do talking on a mobile phone.

Since the children were born, I’ve been lucky in that I’ve always lived at home. That year though was tough and I can sympathise with all Mums and Dads who work away.

The opportunity came up to sign for Rotherham United in the Summer of 2014 and we decided it was the best move all round. The Millers had just being promoted to the Championship and it is located within 30 minutes of close family and friends.

I signed a 2-year contract and we put our house in Leicestershire up for sale.

I was back home! The kids were happy, Jade was happy and I was delighted. We sold the house and now live within 15 minutes of family and friends, and home life is great.

The question is, will I have to move away from home again during my football career?

If I did then I don’t think it will be as bad as last time. The boys are older now and understand how football works. Jade also has family close by to help and support her, and Jenson’s control over his Type 1 Diabetes is a lot better than it was three years ago.

I don’t want to be apart from them again but if I do play for a club that is a long way from home, then I know the situation is much better this time. 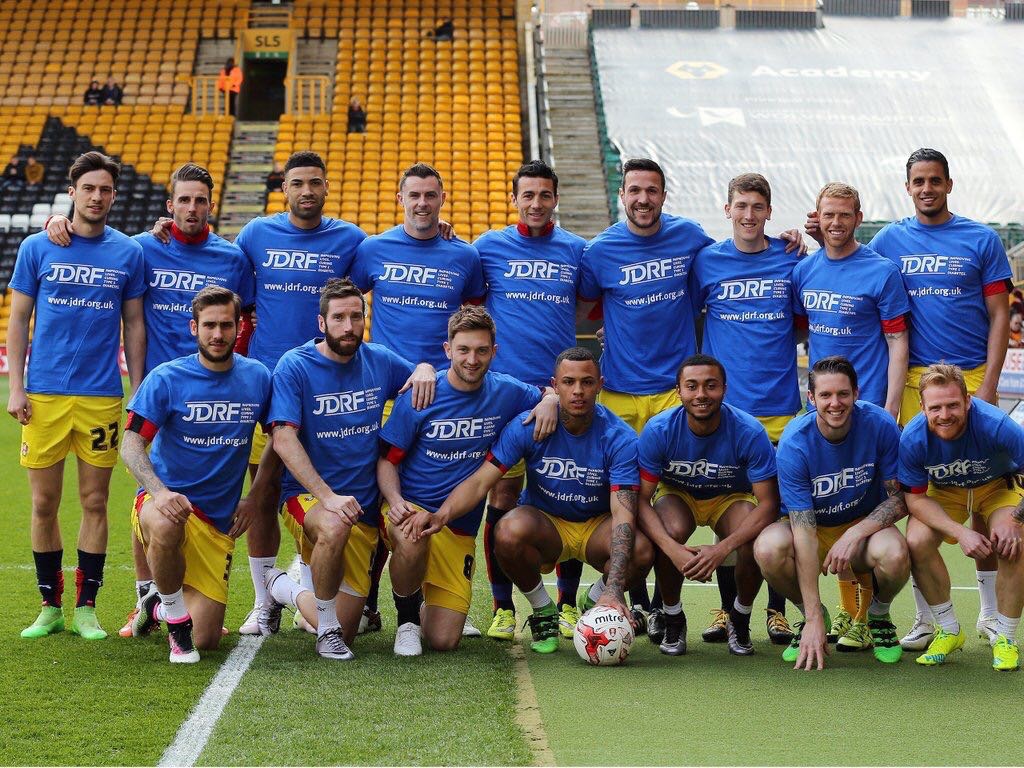